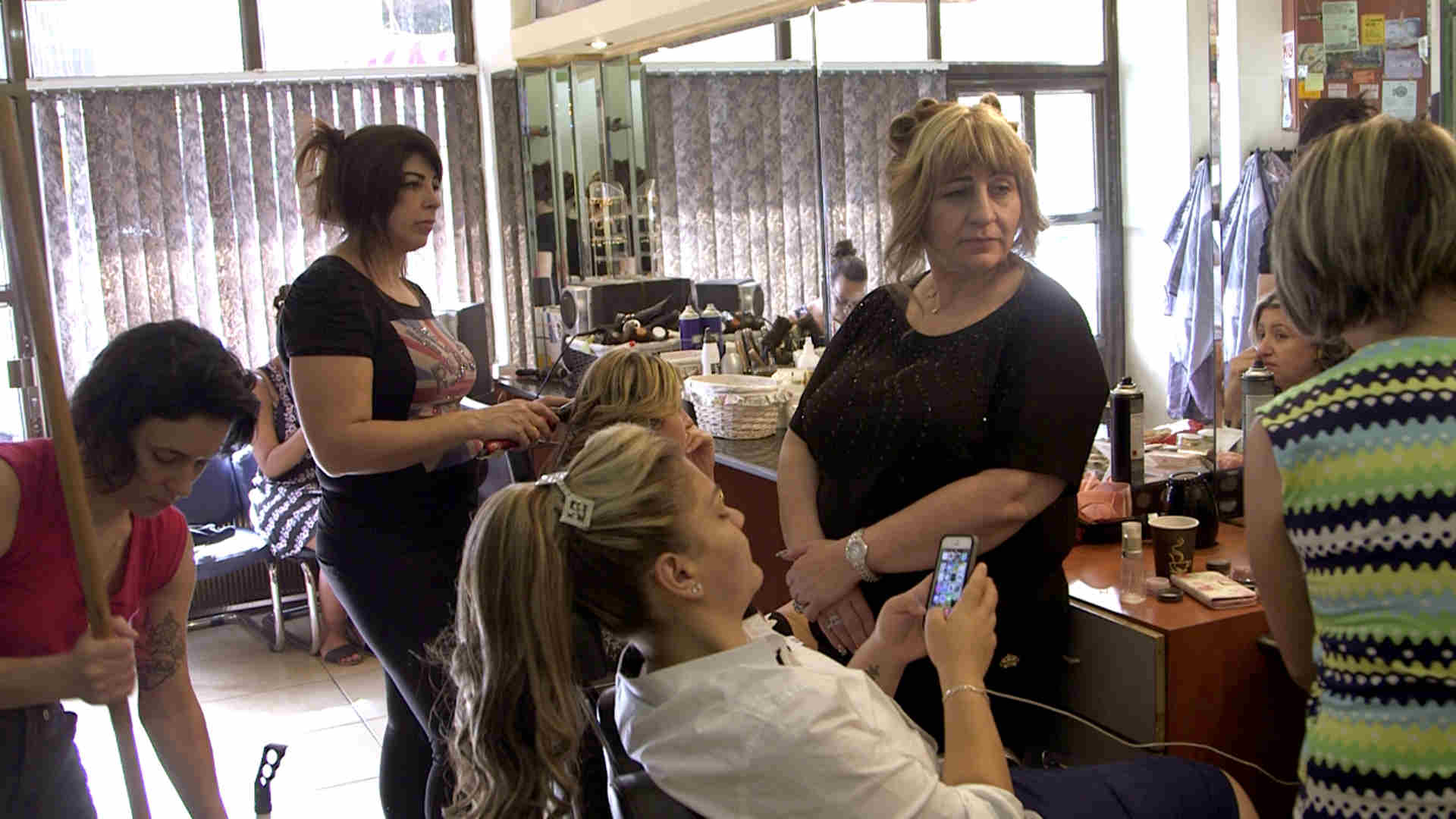 In a little hair salon, Arab and Jewish women share their lives

In a little hair salon owned by a Christian-Arab in Haifa, Israel, the director installs a camera over the washing-basin where she chats with the clients she is shampooing. She paints an unexpected choral portrait of this space that provides a temporary freedom in which Arab and Jewish women share their differences and a community of views on politics, history, and love.

A film by Iriz Zaki

The young director takes advantage of the situation, allowing her customers to air their opinions on the coexistence of Arabs and Jews as she washes their hair, while also offering a more general look at politics, history, love, and life.